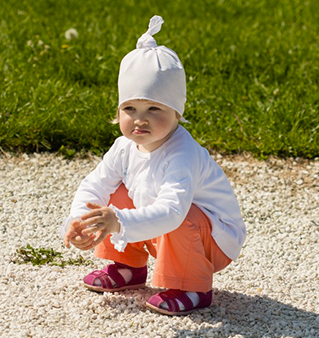 Luke (name changed) is a lovely boy, autistic and 2 years old here.  His parents were interested in neuromovement lessons to help him with a variety of challenges, most notably because of balance and movement difficulties.  This was our second lesson together.  I post this video as a visual example of what it looks like when the learning switch is turned on.

Luke has an habitual emotional reactivity to initial encounters by expressing this upset saying “No no no no no”.  In this second lesson, as Luke enters my office, he sees the video camera which upsets him and he expresses this upset very clearly.  ‘No no no no’!!!.  Instead of turning off the camera, or covering it, I heard the upset, and gave him space with his ‘No’s without my getting upset, judgmental, or feeling as if I needed to do something.  I held his ‘No’ in a safe and compassionate way, not pushing Luke at all.  Here is the theme of the lesson.  I began to playfully explore the word No in such a way as for Luke to begin to hear the word, apart from the emotion it was paired with.  My thinking process is to:

1).  Calm him but not dismiss his emotion, by using a prosaic tone in a variety of ways.  Say ‘No’ in many different ways and attitudes.

2).  Use variation in activities once he could recognize what he was hearing.  In this case, I read him a book, that specifically addresses the use of the word “no” on it’s pages in conversation with the characters in the book.

3)  Find social contexts in the immediate environment to use the word more powerfully, and and introduce a variation to No.   which is Yes. For example, his mom and Dad were in the room with us and I engaged Luke and his Dad in a “No” playing game.  So the two of them were using this once charged word in a playful way, deactivating the emotional charge.

4).  Create a context for  Luke to embody this new opposite.  The Yes.  Now is where I began to intentionally direct his attention to movement-based sensations.

We found creative ways, using sounds, imitation, engaging Mom & Dad in a counting game and gentle, slow, weight-bearing shifts on his pelvis in sitting; Luke learns to sense and feel that ‘No’ can also be neutral, that it needn’t carry the emotional charge it had in the beginning of the lesson.  This led to his ability to differentiate’ No’ from ‘Yes’. and his subsequent discovery of Yes when looking at a video camera that initially was very upsetting to him. As well as clear expressive communication to what his needs were at the end of the lesson:  “I want to get down”.

I was astounded at this outcome actually, as I had no plan for the lesson other than to stay present and find ways to use differentiation, variation, slow, and flexible goals.  My teacher Anat Baniel has a beautiful adage.  She often reminds us that our job is to make order out of the disorder.  And this  lesson is a lovely example of that adage.